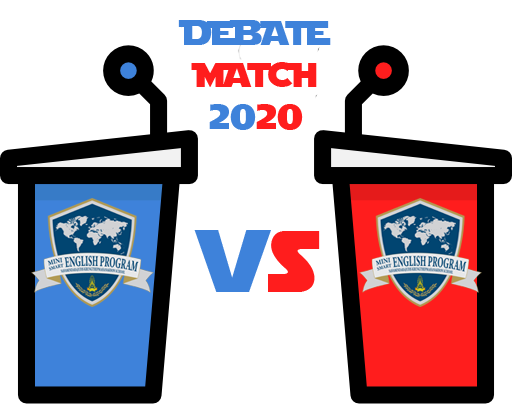 For this activity, teams are divided into AFF (positive) and NEG (negative) respectively. As for the debate’s guidelines: The World Against COVID-19: Resilience, Discipline and Unity is the theme of the contest this year. Joining for the second time, Virginia of M3/12 faced the challenge along with the other 33 delegates from different schools under Zone A.

For this contest, participants were tasked to do public speaking about the theme on the first round. Fifty percent of the participants will be chosen to continue to the second round; the impromptu proper.

This year’s contestants really showed many potentials during the competition and for that our proud congratulations to you all! 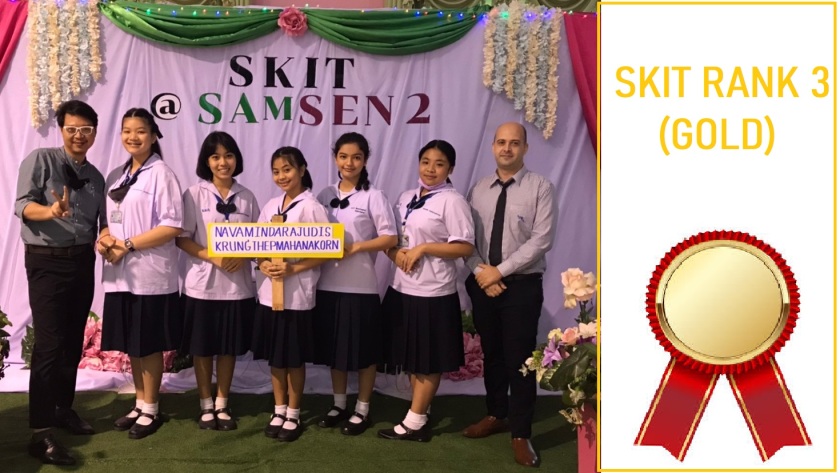 Our beloved Mattayom 2/2 students Noey, Onyx, Hill, Ploy and Sanae are representing our school in this 2020 EP/MEP Academic Skills Competition / Skit category. They play the roles of five young girls trying to figure out ways to avoid the COVID-19 pandemic through three acts. Enjoy with “Back to school”, “The tickling facemask” and “The punching crown”. Hopefully they will put a smile on your face in these difficult times. (Teacher Art & the Skit team) 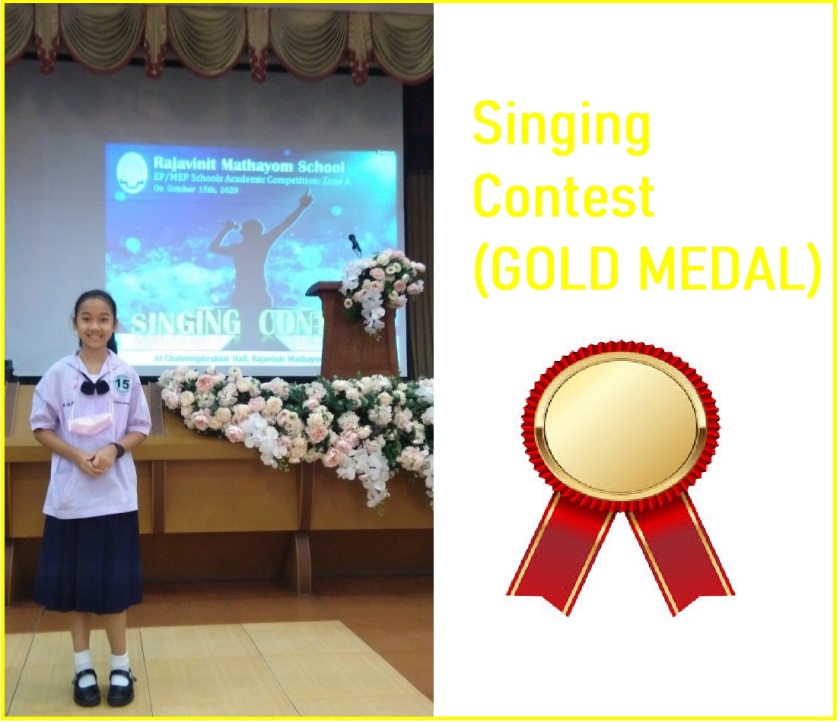 This year the total number of singing contestants totalled to 40 students for the lower secondary category only.

” I am excited and nervous!” says Lookwa with a big, nervous smile. (Watch video on top to see Lookwa’s performance. )

Ged of M2/2, represented NMK-MEP in the Multi Skills Competition which includes writing, picture dictation, listening, speaking and reading skills tests. For this year the event was held at Nawaminthrachinuthit Triamudomsuksanumklao School and started at 7.30 am and went on until evening with a short lunch break where the students were allowed to meet their mentor teachers and share their experiences with the writing, picture dictation, listening and reading skills tests. The last round was the Speaking Skills test where the students were asked questions and required to answer fluently and creatively. While the results are still to be announced, it was an overall fun learning experience for both participants and mentor teachers. (T. Jeffrey) This year’s storyteller is Phet of M2/2. And his story is :

Hephaestus, god of technology, was hard at work on his most ingenious invention. Yet, he was creating a new defense system for king Minos. Who wants no intruders on his island, the kingdom of Crete. But mortal Guards and ordinary weapons is not enough. So Hephaestus planned to make a new powerful defender. Day and night he worked, he used magical fire and powerful stones in his forge. And finally, Hephaestus cast his invention in the shape of a giant man. Made of gleaming Bronze and possess a superhuman power made from Ichor, the life Blood of the gods. This Giant Man was unlike anything Hephaestus had ever made before. Alas! Hephaestus  named his creation,  Talos , the first Robot.

Three times a day, Talos marched around the island’s searching for interlopers. When unknown ships tried to enter the coast, Talos will powerfully throw massive boulders in to their path and no one can escape. If any survivors made it ashore, he would heat his metal body into Red Hot and crash victims to his chest.

Day after day, Talos fulfill his duties. But despite his robotic behavior, Talos developed a sense of life within him. The sense of sadness and the sense of companionship. And soon, Talos then encounter a ship of invaders that would test his mettle.

On board the invader’s ship were Jason the most famous hero and leader of the argonauts and Medea the beautiful enchantress .  They were returning from their hard-won quest to retrieve the Golden Fleece. Their adventure had taken many dark turns, and the weak sailors were desperate to take a good rest in a safe port.

Lo! An island! cried one.

Jason and the argonauts prepared to dock unto the island when….

“Master!!! lo!”, pointed one of the sailors to the island’s direction!

“Heavens, a giant automaton!” The tales are true! mumbled Jason.

Jason, and the argonauts on board the ship were petrified with what they saw. And before they could even recover Talos spotted them.

Quickly, the argonauts covered and tried to evade the coming of the giant Talos.

But then, Medea, the enchantress spotted a glinting bolt on Talos ankle… and she devised a very clever gambit.

“ Talos, Talos my child! I came in peace!, said Medea enchantingly. Talos halted upon hearing the most beautiful voice calling his name.

“Talos, the Gods sent me to grant your wish! The wish of LIFE!” continued Medea. This time Medea’s voice is getting more charming than ever.

Medea saw that Talos stood hypnotized and spellbound. Medea’s enchanting voice captivated  Talos deeply. It resonated to his core. Unaware of his own mechanical nature but human enough to long for eternal life, Talos pondered to his core.

Medea muttered more incantations, over and over again.

Meanwhile, Jason took advantage of the spellbound Talos. In a swift, Jason ran behind Talos and quickly removed his glinting bolt.

“This bolt is mine! Die Automaton! Die!”, rejoiced Jason of the Argonauts.

Upon removing the bolt, the ichor came out, draining the power source of Talos.

Talos, looked at his flowing ichor. He tried to flare, but its too late.

With a loud crash, Talos collapsed like a thunder hitting the ground.

And surprisingly, a tear of ICHOR, roll out on Talos bronze cheek .

And that my friend is the end of my story!

Ladies and gentlemen, this story was first recorded in 700 BCE. But somehow it is similar to the modern concepts and myths of AI. That is: AI will soon be conscious. AI will soon replace humans.  The evidence to these statements are still unknown. But, one thing for sure, this story teaches us to draw a line between humans and machines. This story teaches us to think of AI’s potentials and limitations. In this case we can appreciate AI’s beauty yet be prepared for possible adversities. I thank you! 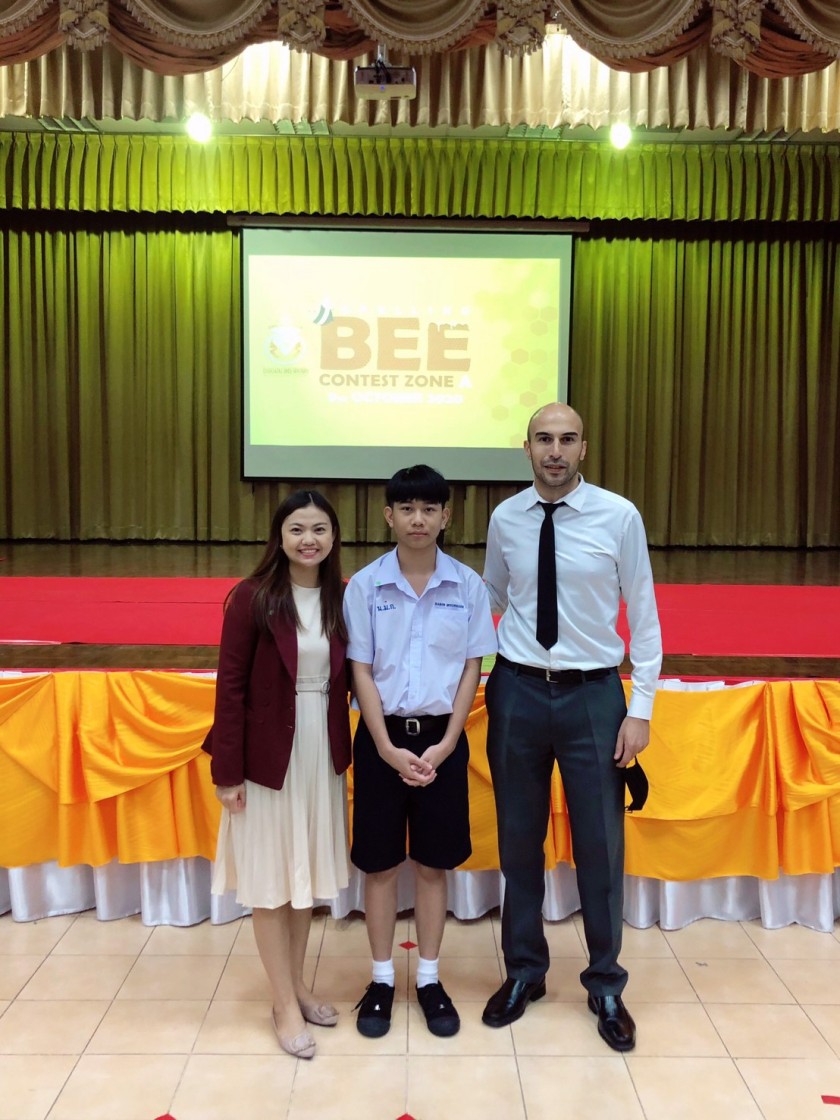 As for the competition proper, judges will give 20 words for students to spell during the first round. Students have to at least get 10 correctly spelled vocabulary to pass through the next round.  In the second round judges will ask the students to spell out 20 words and same goes for the third round. It was indeed a really challenging experience for students to take part in this competition knowing that they have to read and memorize if possible thousands of English words. Spelling Bee is like deep sea diving, students can have a good experience before competition and during the competition. (T. Nuro)

MEP students successful in the Qualifier Round of Science and Mathematics Project Work.

Congratulations and good luck for the next round!